(TORONTO) The Canadian may lead 2-1 in the series against the Penguins, but the team's flaws did not magically disappear. Unlike Fred Caillou, Claude Julien does not have a Grand Gazou who can solve his problems in a snap.

At this point in the series, it's not in training that the problems fix themselves either. For Thursday afternoon, Julien was planning a “very light workout, just to get the guys out of the hotel,” he explained.

Friday, at 4 p.m., when the fourth duel in the series begins, these problems will therefore still be present. Let's call them red flags, signals that all is not well.

It is not inevitable, notice. Jonathan Drouin's outfit was worrying in the first two games. On Wednesday, the Quebecker hit the net, the puck found him, and a deflection later, his body language changed dramatically.

So what are these red flags?

If there are two sure values ​​at the Canadian for two years, they are Brendan Gallagher and Tomas Tatar.

Both are models of consistency. This season, Tatar's longest scoring streak has spanned three games. Same thing for Gallagher, steady as a metronome since his obsession with fracturing his left hand passed to him. 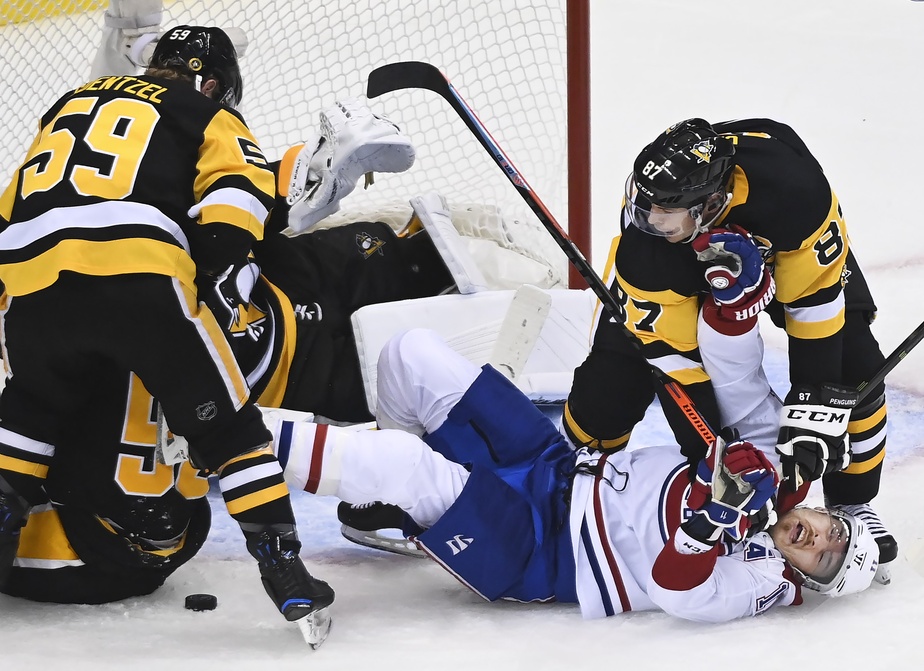 Gallagher has only one assist in three games. His problem is not that he is not making an effort, it is rather his state of health: he seems to be playing on one leg for a game and a half.

Let's stay on the wing. If Drouin seemed to find a second wind after his goal, Joel Armia remains worrying. The Finn has every opportunity, however: he plays 17 minutes per game, including nearly 3 minutes in the power play. He's the only big winger on this team, which should make him - theoretically - a very useful playoff player. But after three games, he has no point.

Where it gets interesting is to see that Julien has paired these three wingers (and Drouin) with his two youngest centers in the hope of reviving them. Nick Suzuki inherited the Tatar-Gallagher duo, while Jesperi Kotkaniemi reunites with compatriot Joel Armia.

“We respond well to the center, whether it is KK, Suz or [Max] Domi, said Phillip Danault. We are young, but we show character, we do not let ourselves be walked on. We still respect the Penguins, but we're here to win, and nothing else. "

Among the 17 Canadian skaters who did not finish Game 3 in blood, who was used the least at even strength? Two pieces of robot if you answered Max Domi!

This situation is becoming worrying. When Julien wanted to get his team out of their torpor, he limited his changes to his first three crosses, while leaving Domi with Dale Weise as a winger. Tie's son therefore only played 7:36 at even strength. His five minutes on the power play increased his usage time.

Domi finished Wednesday's game without any attempt at a shot, has no points in three games and has a differential of -2.

At his press briefing on Thursday, Julien was asked what effect Drouin's goal could have on his confidence. Listening to his response, it is easy to make a connection with Domi.

“[Drouin] was definitely relieved, he had less pressure on his shoulders. He felt he was making his contribution. There is no doubt that it is good for his confidence. It is clear that he was more energetic and we hope that he will continue like this. "

Puck possession stats are often helpful, but sometimes they are misleading.

After three games, Victor Mete ranks 2 nd  among the six defenders of the CH for the Corsi index (shooting attempts that the Canadian controls when he is on the ice) with 51.6%. Behind him are notably Brett Kulak (50%) Shea Weber (45.4%) and Ben Chiarot (39.6%).

Yet our eyes tell us quite clearly that Mete has been the Habs worst defender since the start of the series. Usage time is another good clue: he only played 33 minutes in three games!

Unlike the situation up front, Julien however does not have viable solutions in his youth group. His preferred option appears to be Christian Folin, who trains as the seventh defenseman since arriving in Toronto.

Finally, in a series where the officials do not let much go, the numerical inferiority of the Canadian loses in effectiveness. In Game 2, the Penguins shot Carey Price 14 times with one man advantage, without scoring. On Wednesday, those shots turned into goals, twice rather than once.

“It will have a big effect. We have confidence, we shoot, we generate chances on the returns, analyzed Penguins striker Patric Hornqvist. This is the numerical advantage. "

In short, despite the advance of his team in the series, Claude Julien will have ample material to remind his players that this series is far from being won.

"It's up to us to keep the players in the moment and not let them get carried away," Julien explained Thursday morning. We have some good vets who help keep the guys both feet on the ground. I don't see this as a problem, but as a challenge. "