(London) Edinson Cavani at Old Trafford, it's done: at the end of a soap opera that saw him navigate between Paris Saint-Germain, Benfica and Atlético Madrid, the Uruguayan striker ended up finding a destination worthy of its pedigree, Manchester United, in the final hours of the transfer window.

The Red Devils have long waited for Jadon Sancho, it is finally the former Parisian center-forward (33) that Manchester United recruited to strengthen their attack, offering a one-season contract, plus an optional extra year, to the player who arrives free after the end of his Parisian lease last June.

"He will bring energy, power, leadership and a great mentality to the team, but above all, he will bring goals", praises Mancunian coach Ole Gunnar Solskjaer in the press release announcing his arrival.

It's a hell of a turnaround for the top scorer in the history of PSG, who left on the sly at the end of June, without participating in the European epic until the C1 final in August, and who spent the summer in talking to himself physically while his future was decided behind the scenes, from Madrid to Lisbon to Manchester. 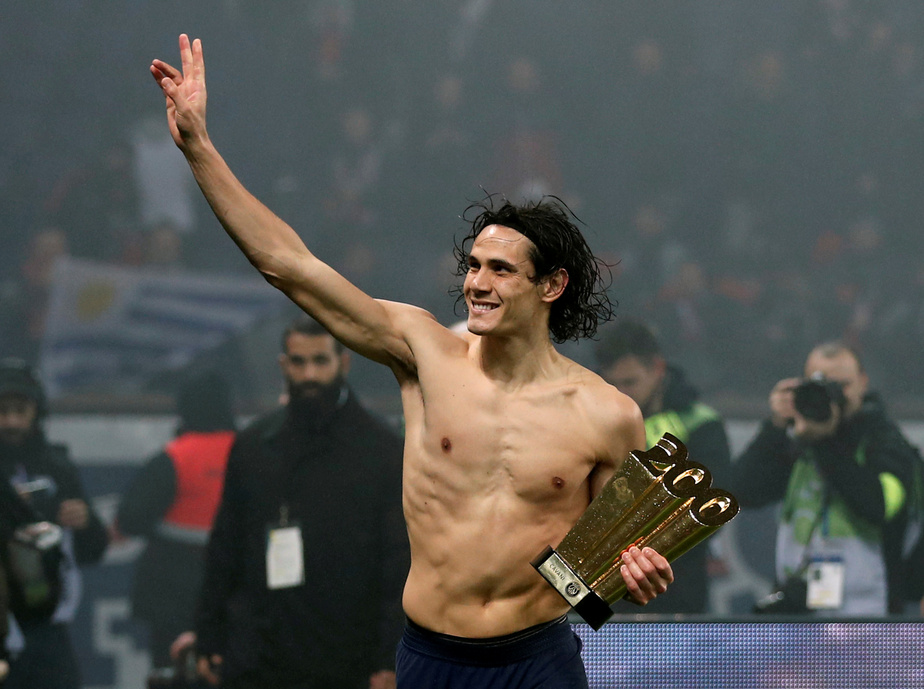 This signing in extremis is a great challenge for Cavani: the Uruguayan, who will face his former club from October 20 in the Champions League at the Parc des Princes, will have to adapt to the demanding Premier League after Serie A (2007 -2013) and Ligue 1 (2013-2020).

Above all, he will have to bring his experience to the Red Devils, humiliated Sunday by an “alarming” rout (6-1) at home against Tottenham which highlighted the shortcomings of the team.

At first glance, this recruitment could seem surprising but it is not inconsistent for the Red Devils, accustomed in recent years to revive talented thirties (Zlatan Ibrahimovic, Henrik Larsson, etc.).

All summer, general manager Ed Woodward tried to snatch the twirling Sancho (20) from Dortmund. But Cavani was a much less expensive solution, since he arrives free when the young English prodigy would have cost more than 100 million euros.

If Manchester United gave the impression of changing its tune, and if other positions, such as central defense, seemed more urgent to fill, strengthening the point of the attack was indeed one of the areas for possible improvement of the workforce.

In the Sunday Times , Sunday, the former glory of Mancunienne Wayne Rooney had also pleaded for United to recruit "a real number 9" rather than Sancho, to free Marcus Rashford and Anthony Martial from the stranglehold of the defenses.

Like the recruitment of his former PSG teammate Thiago Silva by Chelsea, Cavani will also bring a very useful experience to the young attack of Red Devils.

His 13 seasons in the elite of the Old Continent could be particularly useful for Mason Greenwood (19), to whom everyone predicts a great future in the axis, "but not for a few years", warns Rooney.

Recruitment "that comes from nowhere"

“There is an element of excitement, curiosity, impatience, because he has been one of the biggest strikers in the world for the last 5 or 10 years and we hope he will set the Premier League on fire “, He explained to Sky Sports on Sunday.

But this recruitment also points out once again the errors of a sports policy impossible to decipher on the part of Mancunians.

“It's done at the last minute, it comes out of nowhere [so] there's also a part of 'but how did we get there? ””, He admitted.

Teasing spirits will have noted that the Cavani "track" seems to be after the draw for the groups of the Champions League, which placed Paris and MU in the same group H.

Is this where United's sudden inspiration came from? Cavani, who seemed to be at an impasse a few hours before the end of the transfer window, in any case found an exit from the top and a challenge to match his talent and his passion.