(Los Angeles) The players from New York and Seattle left the field as the American national anthem rang out on Saturday at the opening of the North American Women's Basketball League season, showing their support for "Black Lives Matter". », Saturday in Bradenton (Florida).

Five days before the NBA, the WNBA officially resumed competition. And as their male counterparts, also isolated not far in the Disney World bubble, have promised, the basketball players have decided to express their protest against social injustice with this strong gesture two months to the day after the death of George Floyd. , this black man who died of asphyxiation after his arrest in Minneapolis.

"Kneeling does not seem sufficient to protest," said Layshia Clarendon, captain of the New York Liberty. "I don’t want to hear the anthem, I don’t want to go near it, because it is ludicrous that justice and freedom are just not offered to everyone in the same way."

Once back on the floor to play, Clarendon and Seattle Storm captain Breanna Stewart spoke to pay tribute to Breonna Taylor, a black woman who was killed by police in her apartment in March, and to support the "Say Her Name ”which aims to seek justice for African-American victims of police violence.

“We thought it was very appropriate to impose this moment of recognition and not a moment of silence. Because we are by no means silent ”, then explained Clarendon.

All of the players wore the name of the 26-year-old paramedic, who was at home with her partner in Louisville, below their own names, when police from that city in the central United States broke down her door without warning. , according to the family lawyer. 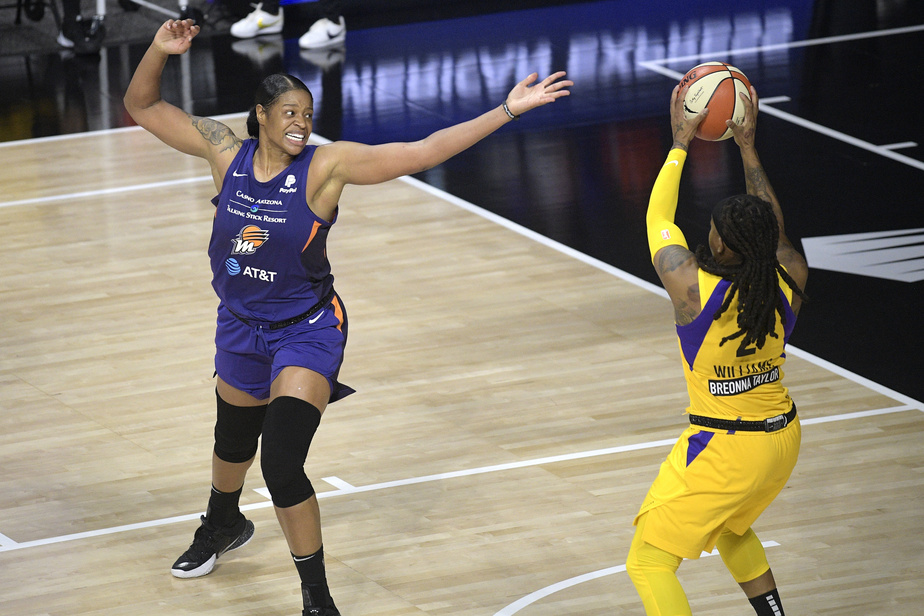 All players wore Breonna Taylor's name below their own name during the match. Riguna Williams (2) and Kia Vaughn, left.

The officers, armed with a search warrant, were acting in connection with an erroneous search notice concerning a suspect who no longer lived in the building and who was already in detention. They hit the young woman with at least eight bullets, according to the lawyer.

The police officers responsible for his death have not been arrested, a request from many other personalities in American sports, including Lakers superstar LeBron James, who called for justice to be done for Breonna Taylor on Thursday night.