NBA: Lakers, Bucks and Clippers still favorites in the recovery

(Orlando) LeBron James for whom time is running out with the Lakers, Giannis Antetokounmpo never as strong as this season with Milwaukee, Kawhi Leonard and his Clippers cut for the title: thus arise the favorites of the NBA championship which resumes Thursday at Disney World.

These three teams dominated the Western and Eastern conferences at the start of the season. The next few weeks will tell if the four and a half months of interruption due to the coronavirus had an impact, to the point of reshuffling the cards for other good teams like Toronto, defending champion, Denver, Utah, Houston, Miami or Oklahoma. City. 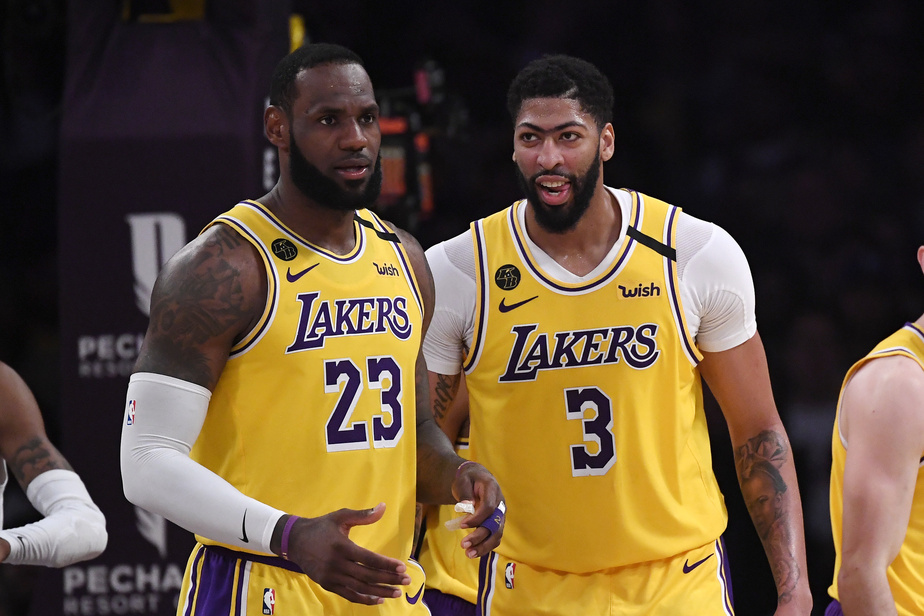 LeBron James and Anthony Davis of the Los Angeles Lakers.

Each has played three friendlies that have delivered little lessons, except a desire to preserve the organizations as much as possible before eight regular season games.

As such, the Lakers-Clippers duel will give a first glimpse of their progress on Thursday.

Just before the season was interrupted, LeBron James and his teammates had beaten Kawhi Leonard and company, to close the gap to 2-1 in their confrontations, just after a revenge taken on Antetokounmpo and his family, winners of a first game before Christmas. 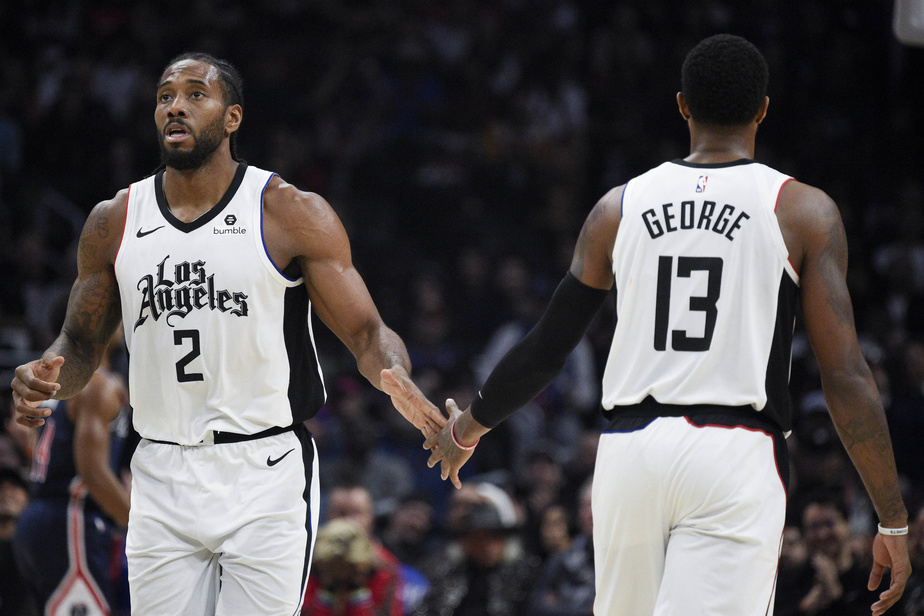 "To have been able to hoist us at the head of the Western conference, to play as well, it was a good feeling", recognized "King James" whose agreement with Anthony Davis was almost natural. His individual performances kept him in the race for the MVP title against Giannis Antetokounmpo, winning the previous season.

However, it is not this trophy - which he has already obtained four times - but that of NBA champion that the 35-year-old superstar would like to win with the Los Angeles Lakers, after having won it with Miami (2012, 2013) and Cleveland (2016).

“Nothing is normal in 2020. And who knows if it will ever be so again? But we adapt along the way. That's life, ”added James, as on a mission with the Lakers since the accidental death at the end of January of legend Kobe Bryant, who had offered the team its last title in 2010.

“Not a day goes by that we don't think about Kobe,” he said.

What coach Frank Vogel confirmed: “Even before this tragedy, we wanted to be what (Bryant) stood for. And even more now, we want to honor his memory. During the playoffs, there will be situations where the things he stood for and his approach to competition will be remembered. This will help us in our objective ”.

The Clippers do not seem to need such an extra soul, as their workforce, carried by Kawhi Leonard and Paul George, seems to be the most complete, between talent, experience and great depth of bench.

But the risks linked to the coronavirus still have to spare them: Montrezl Harrell (family emergency) has still not returned to the bubble, Patrick Beverley, also gone has just reappeared, as for Lou Williams, he has nothing better than having dinner in a nude dancer bar after a funeral and must observe ten days of quarantine.

Setbacks likely to slow down the process of recovering an alchemy that coach Doc Rivers has nevertheless downplayed. “I don't think it penalizes us. It is obviously never healthy for a group, especially composed of so many new players, but precisely, I must say that they continue to impress me with their ability to find a way to play well as a team, despite the lack of minutes spent together. "

This collective force, the Milwaukee Bucks certainly have, pulled by the Antetokounmpo locomotive.

"The team is in a very, very good phase at the moment," he said. " We get along well. Everyone is having fun. Everyone is smiling. Can we be better? Obviously, we can be better. I have the feeling that day after day, game after game, this team will improve. "

Great favorites in the East, the Bucks will have to prove it by reaching at least the finals this time, otherwise disappointment will be there.